Domestic chores done as a performance for camera.  The practitioner chose an abandoned Turkish Cypriot house to locate the action. It was framed vertically to create a sense of tightness and limit.
The clothing were as plain as possible and eleven plates were washed.

The title intends to be ironic.
The action was later repeated in a number of times as live performance. Sometimes plastic plates and cups were used for health and safety reasons. 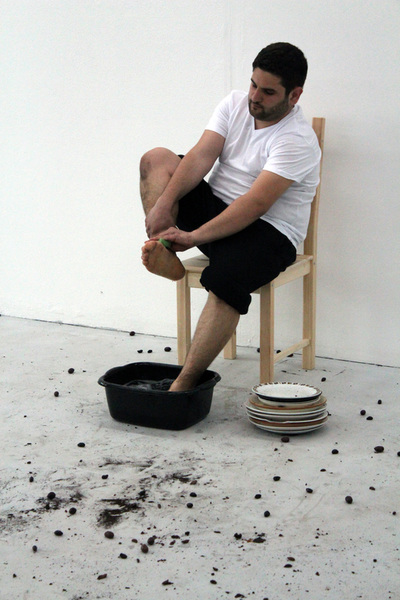 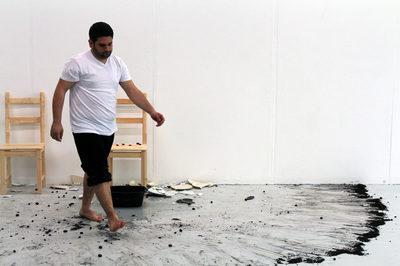 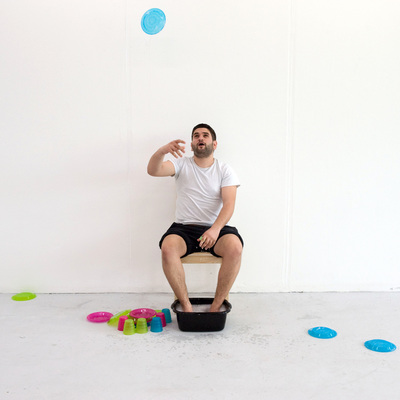 Photographs by Maria Savva and Angela Brain. From 'Headlines' Degree Show at University of Hertfordshire.