The performer creates borders, pushes them and withdraws them. It is very difficult not to take that symbolically. He creates a semicircle with the soil, acknowledging the piece as a video performance (2D).  The video was projected was along with a live version of the performance, where the border was fully circular. The leftover soil was left in the space. The word split was placed between the blinds referencing Blinkered.
His clothes are basic and he is wearing no shoes.
The title is a translation from a Cypriot saying. 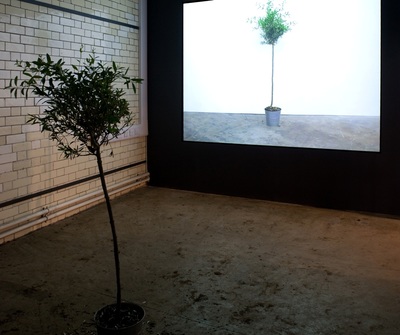 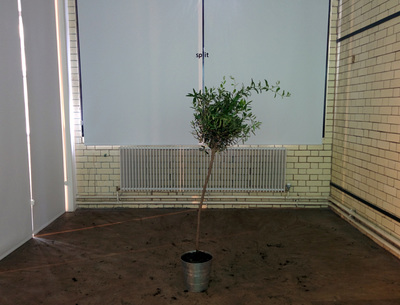 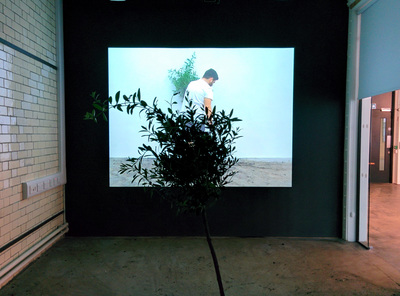 Photographs by Colin Davison. From 'Freddie' exhibition at Baltic 39.